This was my first film festival that wasn’t something like TIFF, and I thoroughly enjoyed myself at the festival. Every night they had at least one panel, and then they had cast members, directors, all the goodies!

Unfortunately, I don’t know if I am going to make the last movie, it’s a 11:59 screening of “You Might Be The Killer” with American Pie’s/Buffy the Vampire Slayer’s Alyson Hannigan Cabin in the Woods star Fran Kranz. It looks like a fun camp comedy slasher, of course our protagonist is led by the all knowledgable Alyson; she definitely knows camps (although in this movie she has expertise in a different area).

I saw another movie last night, after being disappointed the 2nd time I saw a movie at TAD. This short did not fail to deliver, director of Don’t Turn Around Cayley Hanson had my soul jump to of my body, let’s just say I’ve never had a #netflixandchill night and now I probably will never. The main feature was a series of short films curated by a peculiar projectionist (Mickey Rourke). Nightmare Cinema is definitely a film I’d like to see turned into a regular television series.

It definitely reminds me of these T.V. cult classics; 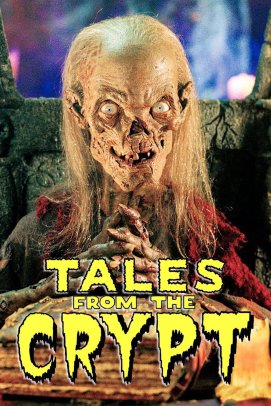 What I like about TADFF (and it’s probably the same with all film festivals) is that after the film you get a chance to sit with the directors of the film and/or other films, giving you (well, potentially giving you) and in depth look into their minds.

Tonight is the end of the festival, with a sold out Overlord, additionally we have two screenings for You Might Be The Killer” as the first one sold out at 9:45; there’s the final screening of the festival at 11:59 @ SoctiaBank Theatre!

Hope to see you there!