Today marks my sister’s birthday, so happy birthday to her.

I guess the thing about having opinions is that not everyone appreciates those opinions. Especially stay at home moms who are at their computers with all this “my husband doesn’t sleep with me anymore” pent up rage. In between soccer practises, she read this article about how some doctor is hanging up her scrubs after this pandemic.

She read my lovely comment, and, well, I am obviously not as gentle as most. Here’s is the screenshot; 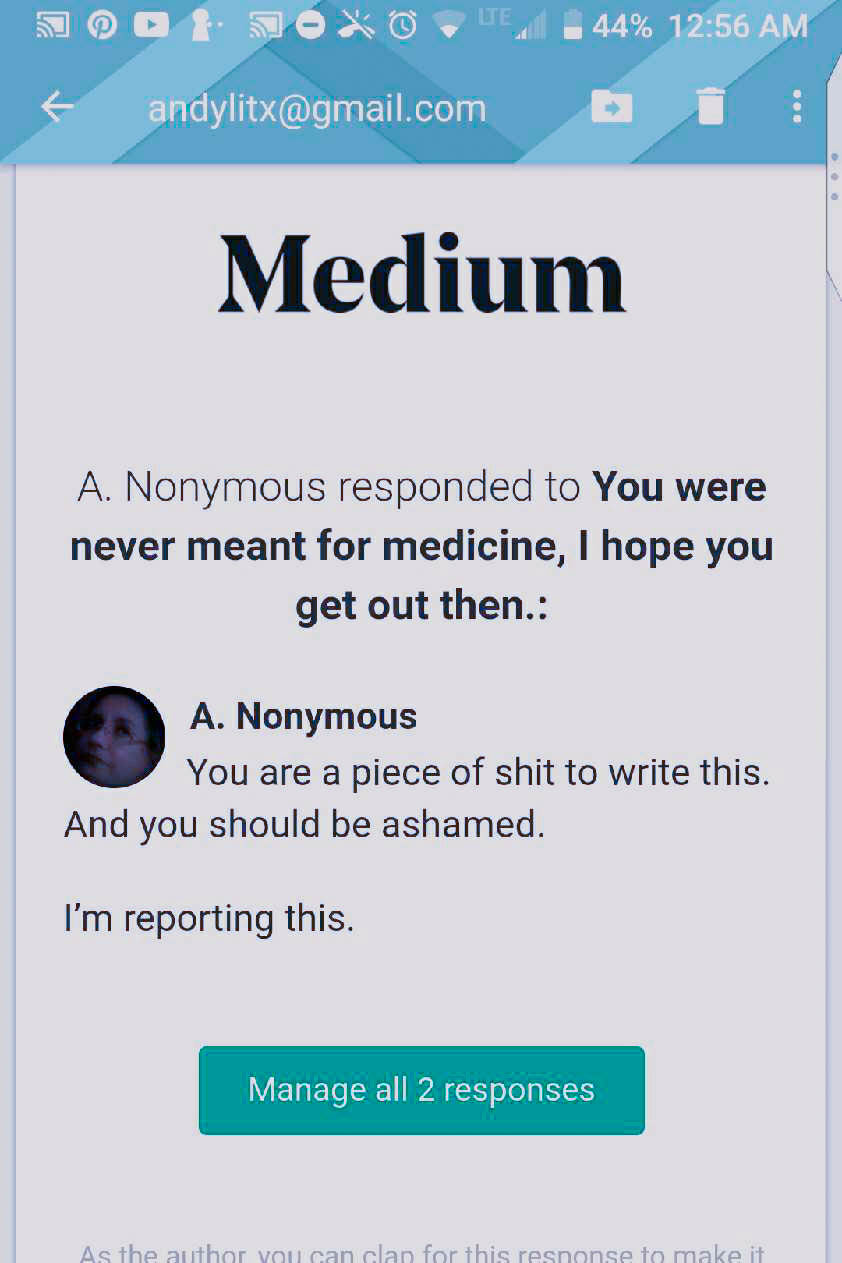 Over the weekend, the biggest newx that I thought was that Kim Jong Un’s health being ambiguous, For all we know, the Supreme Leader could be dead. Problem is, that he is so secretive we don’t know. Also that his sister was ready to take over, she had this sinister looking photo that was distruvbuted allover social media, saying how she is ready to come force as an all new tyrant.

Ontario is seeing more COVID-19 cases coming out of long term care facilities, you know, for the elderly? Where you stick you parents when you can’t afford the time to take care of them anymore, and they’ll be around medical staff so it’s obviously the right choice (at least you tell yourself that). Numbers are rising in Toronto as on Sunday, Toronto Public Health said the city now has 4,798 COVID-19 cases and 274 deaths (CTV News). Which is not too bad when you consider places like Quebec has a whopping 1, 599 deaths out of Canada’s 2, 702 total.

CBC released an article about an hour ago, here, and they cover a lot of great topics. One which I thought was going to be on everryones mind is the economy opening back up in a three stage process. The next part which I think to be the most important one, is the notion that people should not rely on “herd immunity” to prevent a relapse. Herd immunity is when there are these individuals who have an immunity system to the Virus to stop the spread to other people. Basically, Herd immunity is conferred when enough people in a given population have been infected with a virus, marking them immune to reinfection and slowing down the rate at which the virus spreads on its own. (CBC News). I have a feeling that people who had the virus and recovvered are still succesptible to getting COVID-19 again. There may be a few people, but I don’t think that they are going to protect everyone from getting COVID-19.

Even without the economy, Mondays still suck.